EXCERPT: Lady of the Herd

Here's a short excerpt from LADY OF THE HERD, available now from Crescent Moon Press. Enjoy! 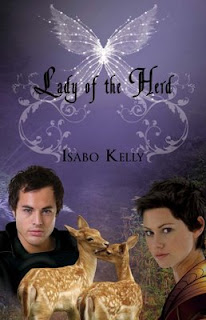 He watched her in secret from the branch of an oak tree, confident she didn’t know the magpie above her was anything but a bird. He’d been studying her for two months. She was the one. Gráinne. She’d returned to Ireland. At long last, she’d come home.

There wasn’t much time left. He’d been afraid to approach her too soon. He wanted to observe her, to make sure. But he couldn’t delay any longer. In a week, the passageway between worlds would be thin. By sunrise of Samhain morning, he would fulfill his Queen’s order and bring Gráinne home.

He’d waited a long time for this. A part of him he’d tried to bury ached for Gráinne. He needed her back as much as his Queen did.

And he was tired after so much time in the mortal realm. He was ready to go home.
A tiny thread of doubt nagged at him. The wings of the magpie shifted, the feathers shivering. What if he were wrong? Again. His past mistakes still haunted him. What if he made the same mistake with this woman? Could he stand to watch the madness overtake yet another innocent?
No. No, he was right this time. She was Gráinne. He could feel it. He’d known her as soon as she’d entered the woods. He’d taken his time, learned what he could about her. He was sure.

But hadn’t he been sure the other times?

He stared at the woman beneath his tree. She was beautiful, hauntingly so. He could barely tolerate her absence from the park now. A longing he hadn’t felt since Gráinne hit him every time he was near this woman. He’d always wanted Gráinne in a way that scared him, even now. Wanted her like no other woman he’d ever known. And the desire had only increased with time. He felt it now, sharply, as he looked down on her. How could he doubt she was the one?

If she wasn’t, he risked the woman’s sanity.

But if she was, and he didn’t bring her home, he risked the Lady of the Herd’s immortal soul. There would be no returning after this lifetime. She’d die a mortal death and be lost to the world of Faery forever. He didn’t dare risk that. His own feelings aside, Gráinne was too important to the Fae, to the balance, to risk loosing her.

And he wanted to be allowed home again. If he didn’t fulfill his Queen’s geis, he’d be stuck in the mortal realm too. Only he wouldn’t die like Gráinne. He’d continue to exist, fading to a shadow, for eternity.

The magpie shuddered, its feathers ruffled and resettled.

The woman sat on a log and ran a hand through her short, spiky black hair. The magpie’s head tilted. She didn’t look the same. But then he hadn’t expected her to. She didn’t have to. He would want her no matter what she looked like. Love her no matter her form.

Though her current form was more than pleasing.

The magpie flapped its wings and dropped to a lower branch. He would be certain as soon as he looked into her eyes. She was Gráinne. He was sure of it. But if he was wrong?
Posted by Isabo Kelly at 7:23 PM 3 comments:

Isabo Kelly
Award winning author Isabo Kelly has a gypsy soul, which she’s indulged wholeheartedly over the years, living in Las Vegas, Hawaii, Germany, Ireland and New York. There’s no telling were she might end up next (though Italy keeps coming up in conversation). After finishing her Ph.D. in Zoology in Ireland, Isabo buckled down to concentrate on writing. She’s published numerous science fiction, fantasy and paranormal romance novels, short stories and novellas. Isabo currently lives in New York with her family, and she love to hear from readers!